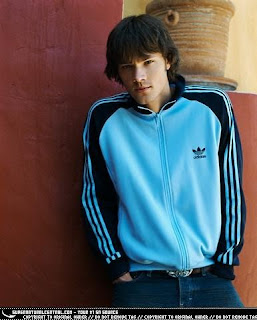 TVGuide.com: "Bedtime Stories" is a pretty special episode for you, isn't it?

Jared Padalecki: It is. My girlfriend, Sandra McCoy, is on the show. We met on set working together, so it was neat to come full circle. Here we are four years later working together again just like when we first met.

TVGuide.com: On what project did you meet?

Padalecki: We met in Richmond, Virginia, filming a movie called Cry Wolf, which I'm still very proud of. It was one of those movies where everybody came together because there wasn't a whole lot of money and it was just a really friendly, fun experience.

TVGuide.com: Did she play your love interest?
Padalecki: She played another guy's love interest. We didn't do anything during the movie except sort of flirt, but then afterward, back in L.A., we started hanging out. That's when we figured out that we liked each other.

TVGuide.com: I don't know if you know this, but rumors are rampant that you and Sandy got married this summer.

Padalecki: [Laughs] No, we did not. We did not.

TVGuide.com: You're laughing a little too hard about that....

Padalecki: It's certainly not, "He doth protest too much." I just think it's funny because I probably had three weeks off this summer, so I wouldn't even have had time to get married.

TVGuide.com: Well, it doesn't take a lot of time, but if the answer is no, OK.

Padalecki: Yeah, we are not married. I'm not ruling it out, but we're young and don't want to rush it.

TVGuide.com: Do you live together?

Padalecki: We don't; she owns a place in Los Angeles. I actually just sold my home in Los Angeles and bought a home here in Vancouver under the sort of optimistic hope that Supernatural goes for a while. I've been renting here for the last two seasons and I have two big dogs and it was mean of me to not get them a yard.

TVGuide.com: What is your and Sandy's relationship in "Bedtime Stories"?

Padalecki: It is not love scenes. She is actually a Crossroads Demon. The lore behind it is that when someone summons the Crossroads Demon to make a deal, the Demon appears as their ideal woman or their ideal man. It was kind of funny, because Sandy plays Sam's perfect woman.

TVGuide.com: Does she tempt Sam?
Padalecki: She tries. That's part of the Crossroads Demon's MO. They're devils with a big smile and a lot of charm who try to get you to give them your soul because that's not such a bad thing in exchange for whatever they're gonna give you — or so they say.

TVGuide.com: Is Sam seeking the demon out to try to save Dean's life?

Padalecki: Dean has saved Sam's life so much and now he's in danger and Sam's dying to return the favor. We're starting to see him make decisions and do things that he had never done, like going to a Crossroads Demon. He's been on Dean the whole season about selling his soul to the Crossroads Demon to bring Sam back to life, but now we're going, "What, he's getting on Dean about this and then he's doing it?" Usually Sam is a very stand-up guy who doesn't do things like this.

TVGuide.com: Is he a little more ruthless post being dead?
Padalecki: He is. He's getting a bit more like Dean in the sense that he's not hesitating to shoot anymore. There were a couple of episodes in past seasons where the bad guy gets away because Sam won't pull the trigger because he doesn't know all the facts yet. But now we're starting to see that as soon as Sam gets an inkling that [a creature] might be bad, he's ready to kill. We've never seen that before in him.

TVGuide.com: What else is happening in "Bedtime Stories"?

Padalecki: It's all about fairy tales, but the original creepy, freaky Grimm Brothers type, not the Disney ones with happy endings. I actually went back and read some and was quite disturbed. I admit that I got a little spooked out by them!

TVGuide.com: Do these fairy tales come to life?

Padalecki: At first it seems like it might be a copycat-type thing — somebody using fairy tales as blueprints to commit murder — but then we come to find out that it's deeper, in that the fairy tales are coming true and we need to figure out which ones are about to come true and where they're about to come true and how we will hopefully stop it. There's actually a very sad reason behind it.

TVGuide.com: What future danger lurks for the Winchester brothers?
Padalecki: In a few weeks, Gordon, played by Sterling K. Brown, who we love, comes back. He's been hunting for Sam now that he's found out he's not all human. What's going to happen to stop him is very interesting. If you remember, the Yellow-eyed Demon said to Dean, "Are you sure what you brought back is 100 percent Sam?" Keep an eye on Sam and notice the difference between Season 1 and what he does now in Season 3. It might be hinting toward something.

TVGuide.com: What's up with the two new girls on the show?

Padalecki: They're great! I've heard a lot of fans going, "We like the boys. Who are these girl characters?!," which I understand, but the girls are mixing up the storylines quite a bit.

TVGuide.com: Any scoops on what they're up to?

Padalecki: Ruby [played by Katie Cassidy], who's more involved with Sam, is part demon, but she says she's playing for the human side and so right now we're trusting her. Bella [Lauren Cohan] is more involved with Dean and all of her actions put us in bad positions. She collects occult objects that Sam and Dean need to destroy — to sell them to rich buyers.

TVGuide.com: Is Sam attracted to Ruby?

Padalecki: So far, any attraction is superseded by the idea that she's, well, a demon and at the end of the day, demons lie. 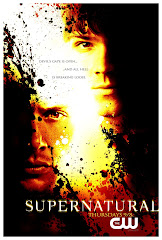